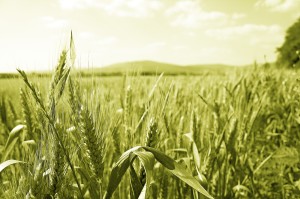 Last time, in my introductory Favor Factor article entitled “Factoring In Favor”, I revealed the first key to obtaining favor which is  obedience to the will of God. I also defined The Favor Factor as a set of principles that gives you the ability to tap into the grace of God. While it is true that grace cannot be earned, it is also true that favor very often is obtained as a consequence of actions stemming from a pure heart.

ALL ACTIONS HAVE CONSEQUENCES

A recent news program profiled Robert Durst, a man suspected of murdering 3 people which began with the disappearance of his wife 33 years ago. He was arrested after HBO aired a series entitled “The Jinx”. At the end of this documentary, he was heard saying to himself that he had in fact committed murder.[i] He will now stand trial for those crimes. This is just one of many present day examples of how actions have consequences.

When we talk of consequences, most often we only focus on negative behaviors. It’s rare to hear someone encourage people by telling them that their good actions will also lead to consequences. However, according to Dictionary.com, the term “consequence” simply means “the effect, result, or outcome of something occurring earlier”. And this is where the rubber meets the road for the favor craver.

A FOUNDATIONAL TRUTH ABOUT FAVOR

The principle of reaping and sowing lays a solid foundation for obtaining favor. It reveals how every action has a consequence. For example: If your action is to sow corn, the consequence of that action is to reap a harvest of corn. Any farmer would consider this a natural principle, and this is true.[ii] However, this natural law is nothing more than the physical manifestation of the same spiritual law.

This may shed some light Jesus’ statement when He issued kingdom keys to Peter. He told Peter that whatever he would bind on earth would be bound in heaven and anything he would loose on earth would be loosed in heaven.[iii] Shortly thereafter, He extended this same authority to all His disciples.[iv] Simply put, your actions in the natural realm creates consequential reactions in the realm of the spirit.

Paul emphasized this principle when speaking to the church of Galatia saying “whatsoever a man soweth, that shall he also reap”[v]. This natural law was birthed in heaven as a spiritual law and transferred from the spirit realm into our natural earthly realm during the creation process. Thus cycles of actions and reactions occur constantly that affect both the natural and spiritual realm.

To keep things simplistic, let’s save the depth of this revelation for another study. The important point that I want you to draw from this premise is that based on the principle of reaping and sowing, the best way to get favor is to give favor.

Ruth provides us with a perfect Biblical illustration of how the principle of reaping and sowing ties into favor. Ruth was a Moabite widow who made a life transforming decision when she chose to give up her previous life as she knew it along with her entire familial support system, to journey into a foreign land so that she could sow into the life of her mother-in-law, Naomi.[vi]  Her act of dying to self was an act of sowing into good ground.

In the parable of the sower, Jesus reveals that when seed is sown on good ground, the amount of fruit produced can be as much as thirty, sixty, or one hundred times what was planted.[vii] Let’s use this as an equation to measure the favor Ruth reaped for sowing into the life of Naomi.

Finally, she reaped the ultimate harvest; a harvest that most single women could only dream of: Marriage to wealth with the added bonus of leaving a legacy of kings. The first one was called a man after God’s own heart. The second one was called the wisest man in the world. Then, through surrogacy, the greatest one is the One who was, is, and always will be the King Of kings.[ix]

Ruth sowed abundantly, and reaped more abundantly. Her ultimate pay proved to be far greater than her initial labor. She sowed favor in the fertile ground where she was going, and reaped abundant favor from that ground.

Most importantly, when you study the character of Ruth, you’ll find she didn’t make this tremendous sacrifice with expectations of anything in return.  She did it out of love and with a pure heart.  You don’t sow favor to get favor. But if you sow favor, you are guaranteed to grow favor. Have you sown any favor lately?

One thought on “FAVOR FOR FAVOR”