Have you ever wondered why someone in your midst seems to get all the “lucky” breaks? Do you know people who seem to have life handed to them on a silver platter? If you take a close look at the lives of these people, you may soon discover one common thread: they are exhibit one or more characteristics that ignite the favor factor.

The favor factor is a set of principles that tend to draw blessings to the recipient like medal to a magnet. In a nutshell it involves tapping into the grace of God. Grace has been defined as “unmerited favor”[i], but I believe that this definition robs us of the multiple facets of favor.

WHAT MAKES A PERSON FAVORED?

Does being God’s first choice make you favored? I remember hearing a pastor years ago on Christian television share a testimony that blew my mind. To this day I don’t remember who this man was or what program I was watching. But what I do remember and identify so well with was what he had to share. For the sake of this article, I’ll just call him Dave. This is my paraphrased version of his testimony:

In 1990, God gave a successful business man a vision to build a church. The vision was so clear and detailed that he immediately hired architects to draw up blueprints of the building. Excitedly, he set off to begin the work. Over the next few months, this task became so stressful and the opposition so intense, that he felt the work would never be accomplished. Finally, in despair, he threw up his hands, gave up, and decided to go back into the business world.

In 2000, God gave Dave a vision to build a church. His vision was so clear and concise that he, in the sheer excitement of the moment, had blueprints drawn up and commenced to bring his vision to fulfillment. The task proved to be so daunting, and the persecution was so extreme that on several occasions he considered throwing in the towel. But he pressed on until finally the church was built exactly according to the specifications he had received from God.

The first Sunday that he opened up the church, to his astonishment hundreds of people were in attendance and gave their lives to the Lord. Over the next several months, it was commonplace to see 100 people respond to the altar call weekly.

In the process of time, Dave noticed an older gentleman who had become a regular visitor. What made this gentleman stand out was his reaction to the altar calls. Every Sunday as the invitation was made, this gentleman would sit there sobbing, and these were not tears of joy. While this concerned Dave a little, he never confronted the gentleman.

One day after service, the gentleman approached Dave and asked if he could speak to him. Dave agreed as he ushered him into his office. The man said he wanted to share a testimony and commenced to tell Dave that in 1990, God gave him a vision to build a church, but the opposition to the work and strain of getting it done was so intense that he gave up. Then he said “Can I show you something?” 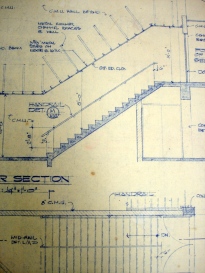 The man retrieved blueprints from his briefcase, and spread them out on the desk. They were the exact blueprints of the building he and Dave were standing in at that very moment. The gentleman then said, “I was God’s first choice”.

David then said that Kathryn Kuhlman, a renowned faith healer and evangelist in the early 1900s testified that she was God’s third choice. The characteristic David and Cathryn Kuhlman shared was obedience, the first facet of the favor factor.

Being first doesn’t make you favored, but saying “yes” to His will does. On the other hand, not being God’s first choice doesn’t make you inferior. But it does makes you favored. After all, “many are called, but few are chosen”, [iii] and of the chosen, the obedient are His favored.

MY HEAD-ON COLLISION WITH FAVOR

In 2008, after following God’s instructions and moving to South Africa, I would often reflect back on that story and ask myself,  “what number was I?” How many people had God instructed to give up everything and relocated to South Africa.

Sometime shortly after I arrived in South Africa, I had a conversation with a friend in Phoenix. She expressed just how proud of me she was and said, “If God said to me ‘who will I send to South Africa?’ I’d respond, ‘here am I, Lord. Send Sharon’”.[iv]

I was quite amused at this statement, but I knew in my heart that my decision was the best decision I had ever made in my life. I couldn’t begin to recount in this article all the wonderful blessings God bestowed upon me during my 6 year stay there. It was the most amazing time of my life (and I must say my life has been pretty amazing). Even through struggles, oppositions, and persecution, I would always find myself saying that I have the best life in the world! I felt, and still feel today that I’ve been favored by God beyond measure!   And I look forward to even more.

Oh, how I bless God for His Favor and how it factors into my life!

Obedience is one facet of favor. In future articles I will explore other facets, so stay tuned!

One thought on “FACTORING IN FAVOR”